This article was Part 1 in a four-part series on multi-machine agricultural systems, focusing on the current landscape and evolving opportunities in this area.

Automated agricultural machine controls over the last 30 years have been developed primarily by considering the machine itself (implement and tractor), its function, and where there could be opportunities to improve operation within increased automation. Technological advancements in connectivity and automation over the last decade have expanded the thinking of efficiency from the function of a single machine, to consider the operation of multiple machines together.

State of the Industry for Multiple Agricultural Machine Capabilities

Up to this point, multi-machine functionality has primarily focused on two areas: fleet management and task management. Fleet management has concentrated on the status and health of the machine itself, where task management focused on the job that the machine is executing. Fleet and task management have been largely somewhat disconnected in the workflow, with the reliance on fleet or farm manager to fill the gap. While there has been substantial value offered by each, the combination provides an increased value that is more than the sum of their parts. This new value is coming in the form of autonomous and connected machines but still faces some technological and adoption challenges for wider deployment. 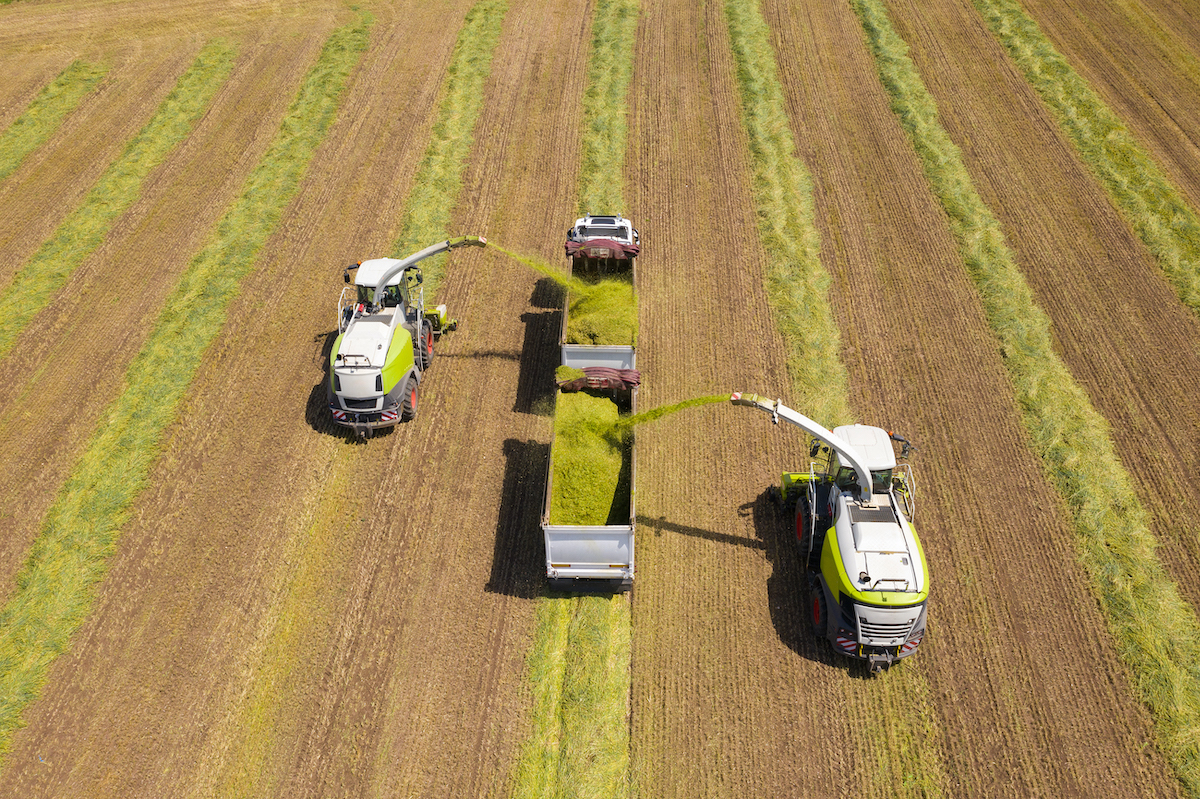 As connectivity and IoT technology has evolved over the last decade, machines across all industries have become connected. In the off-highway mobile machines industries, this has started with the proliferation of fleet management systems. Users from anywhere in the world can see the location and key machine characteristics of equipment in their fleet. The information that has been typically available with fleet management systems consists of defined parameters with common J1939 messages, which mainly consist of engine-based information (e.g. engine speed, oil temperature, diagnostic codes), and location information. This information is relatively standard across all machine types, so universal fleet management systems could be developed without needing to be customized for each machine type. There are several offerings of fleet management systems on the market. These focus on vehicle location, machine utilization, and maintenance related to the machine engine (based on J1939 standard messages). While these systems are effective for fleet management of the functions identified above, they are typically not capable of tracking job-specific information related to the machine’s function. This is because the job of each machine is unique, and a high-level of customization is required to bring value to the end application. The general-purpose fleet management tools are targeting the general machine management problem.

While fleet management systems have become standard practice in mobile machine industries that typically have the machine job and drivetrain combined (such as in construction, mining, and forestry), agriculture, as an industry, has developed differently. These developmental differences are largely due to the complexity of the tractor’s separation and implementation (in many applications). This division of the drivetrain (tractor) from the job (implement), means that tracking the machine with the engine (tractor), does not mean that the job information is captured.

This separation of the tractor and implement has resulted in a fragmented market of fleet management systems. Many of the large full-line OEMs are exclusively developing connected systems that have limited the effectiveness (and the adoption) of third-party systems that have grown faster in other industries. 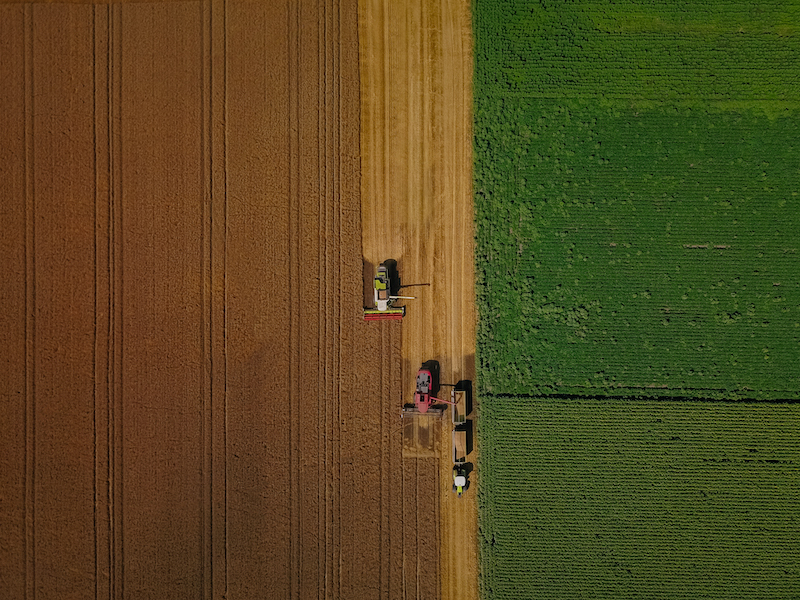 In parallel with the fleet management system technology evolution, the agricultural industry has seen the rapid growth of farm management information systems (FMIS). FMIS systems are focused on farming operations (task management) and have many different forms and functions. Still, all essentially use a combination of IoT and data analytics technology to connect relevant farm data across the operations of the farm. The primary purpose of FMIS is to improve efficiency by organizing farm job data and drawing out intelligent insights from complex data sets. While FMIS is closely related to machine-based information, they also expand beyond only machines to other farm operational functions. Over the last 10 years, this has been a somewhat fragmented market, as many organizations have approached the same problem from different angles. There have been several FMIS offerings independent of specific machine OEMs (such as Climate Corp FieldView, 365FarmNet, Farmers Edge). These platforms have an interest in connecting to machines of all different makes and models to draw out the information needed for their systems. There have also been OEMs that have developed closed systems to combine the fleet management and FMIS functions. While each of these systems can offer desired functionality, they have not met a fundamental demand from farmers, which is the farmer’s ability to choose what equipment they want (i.e. mixed fleet), and what FMIS system they want.

While agriculture equipment is a very competitive industry, there has been a history of collaboration through the years of development, such as the ISOBUS standards and systems. ISOBUS had been developed with the same fundamental need for farmers to choose, which for ISOBUS had originally been a choice of tractor and implements with compatibility between different brands.

The demand is now for the farmer to select the tractors, implements, and farm management tools that best fit their operations, and that these all work seamlessly together. Much of the work done within the ISOBUS standards related to the Task Controller has tried to lay the groundwork on how information could be universally shared related to the machine jobs. This has had some success in interoperability between systems, but has proven to be limited by technological advancements in technology in this area.

Recently, significant developments towards the compatibility of machines and FMIS systems in recognition of the need for universal interoperability, most notably the DataConnect initiative, which is a collaboration between John Deere, Claas, CNH, and FarmNet365 to connect data between their proprietary cloud-based FMIS systems. This initiative is to be developed to a broader set of organizations through the ATLAS initiative, organized through AEF.

These recent developments are moving toward a standard method for communicating agricultural task information between cloud-based data management systems developed and managed by individual OEMs and third-party organizations. This structure recognizes the need for machine manufacturers to control and maintain individual cloud systems for interfacing with their unique machines and maintaining their machine security, but then have common APIs for coordinating task and fleet management data between other systems. This allows farmers to choose the FMIS that works for their needs and maintain a mixed fleet of equipment. While these developments are in the early stage, it demonstrates the connectivity technology’s maturing towards a direction that agricultural implement OEMs can be confident in developing their own cloud systems to manage the data from their machines without feeling the need to also develop full FMIS systems.

While still in the early adoption phase, autonomous agricultural machines are rapidly on the rise and will soon become mainstream across many applications. This will further expand the needs for multi-machine connected systems. The operation of autonomous machines requires the combination of traditional fleet management functionality (machine location and health status monitoring), traditional task management functionality (mapping of product application, setting of prescriptions, analytics of job information), as well as a whole set of new functions unique to autonomous systems, which can be described as Mission Management. Mission Management includes new functions not developed as part of fleet or task management such as route planning, mission deployment, task dispatching, traffic coordination, vehicle-to-vehicle communication, and in-depth mission/machine monitoring.

Several early autonomous systems that have launched have tried to skip over the step of integrating each of these, by using fleet management and task management systems that were intended for operator driven systems and then adding a layer of path planning software to glue these together. While this is a potentially useful first step for a small number of machines in the field, it results in an awkward user experience that is not truly scalable. A key to the successful adoption of autonomous systems is integrating these systems in an intuitive and robust workflow for users.

Our focus is providing advanced technology platforms for agricultural applications that are scalable. JCA's range allows your innovations to be built upon a stable and flexible technology platform, reducing time to market and decreasing overall costs.

JCA AFW is a set of technologies that provides the common components to autonomous agricultural machine systems. 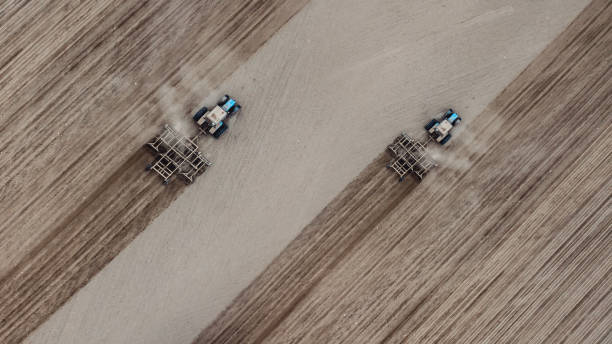 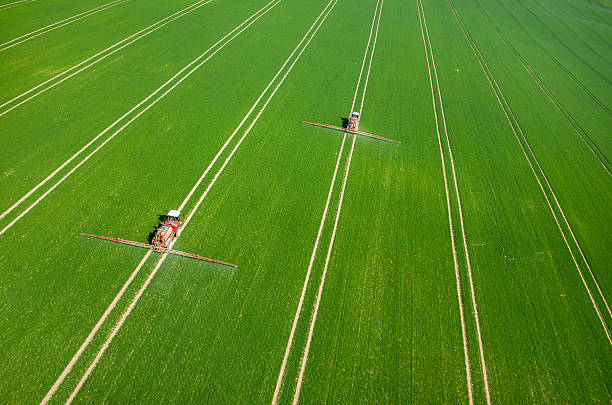 Read JCA's latest blog articles to learn more about the future landscape of autonomous agricultural technology and how we are shaping the future with it.
See All Blogs

Have a vision for making agricultural machinery work smarter? An idea that you’ve wanted to build but haven’t known how to begin?

There’s never been a better time to take that first step. Let JCA Technologies outline a solution for you.